Focus on Lao She 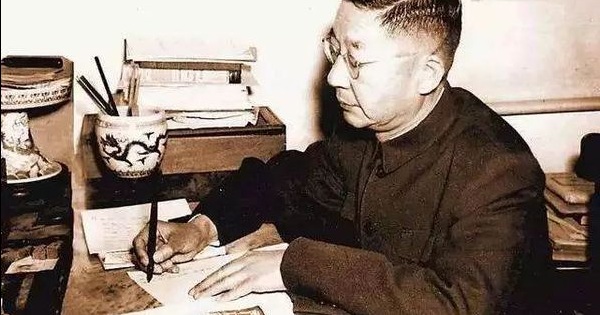 Focus on Lao She

Lao She at his writing desk. Credit: China.com

This month we focus on the author Shu Qingchun (舒庆春), better known by his pen name Lao She (老舍).

Why start with Lao She? He was and continues to be one of the most the prominent and popular 20th century authors in China. His novels and plays are still read and studied widely. A native of Beijing, Lao She is renowned for his vivid use of local vernacular and for bringing a wry humour to his realist style of storytelling.

Lao She’s life was buffeted by key events in Chinese history and this is reflected thematically throughout his work. He was inclined to avoid political affiliations that were common in literary circles in 1920s-1940s China. He chose to write about the impact people have on one another on a human level, as a social commentator and satirist, rather than propose ideological solutions.

Born on 3 February 1899 of Manchu ethnicity into a Manchurian (Qing) empire, any privilege this bestowed on Lao She dissolved once the Republic was founded in 1912. The sharp edge of China’s political turmoil affected him even earlier than that, when his father, an imperial guard, was killed by foreign forces during the Boxer Rebellion of 1901. The antiquated use of gun powder, carried on the guards’ person and easily spilled, resulted in many Chinese soldiers being set on fire by sparks from stray foreign bullets. This was how Lao She’s father met his death.

Lao She’s mother was determined her son should have a good education and he graduated from Beijing Normal University in 1918. The fashion to study abroad was, however, financially out of reach, and after graduating he took up teaching and administrative jobs in a series of primary and secondary schools. Lao She was deeply influenced by the 1919 May Fourth Movement. The associated New Culture Movement opened up fresh perspectives for the young man and a new approach to Chinese literary language. He also took lessons at a missionary school, learned about Christianity and mastered English.

In 1924, Lao She was given an opportunity to travel abroad when he accepted a teaching job at London’s School of Oriental Studies (now SOAS). The five years he spent in London were instrumental in shaping his writing. Isolated, growing increasingly conscious of discrimination against China and its people, and missing home, Lao She began to value his native culture with fresh eyes. He spent a great deal of time in the university library reading English literature and was particularly fond of Charles Dickens’ work. Lao She started to write in earnest and produced three novels which won him acclaim back in China, feted in particular for his humour. As with Dickens, Lao She’s work was serialised before being published as full novels. You can read more about Lao She’s life here.

Our first audiobook titles at Silk Gauze Audio were written by Lao She: a novel, Rickshaw Boy, and four Selected Short Stories. We have recorded the excellent translations by Howard Goldblatt (Rickshaw Boy) and Don J Cohn (Selected Short Stories). Some of the individual short stories will be available for free on this website for a limited period. Rickshaw Boy will be released later this month.

Lao She’s Rickshaw Boy is particularly well-known. It tells the tragic story of Camel Xiangzi, a rickshaw man, who is determined to make his own way in the world but finds himself out of luck and ill-prepared to deal with the vicissitudes of life. Our audiobook narrator, Jason Wong, breathes warmth and humour into Lao She’s words, bringing to life the sights and sounds of 1920s Beijing (or Beiping as it was called at that time). Mention to any Chinese friend or colleague who went to school in China that you’re listening to the story of Camel Xiangzi and you could open up a conversation about his journey, their memories of the book, or about the early days of modern China.